This is something I did a couple of years ago, working with esteemed blogger, journalist and occasional comics writer Sean T Collins, for a Gossip Girl fanzine, called XOXO put together by Robin from Inkstuds. It had some fun stuff and some esteemed creators involved – Brandon Graham and Ben Marra for example.

I had to confess to knowing nothing about the show but I like Sean and liked his script – he understood pacing and composition in a way that a lot of writers don’t. I got stuck in and watched the first season of the show to get some reference and enjoyed it’s frothy, bitchy NY escapism. It was fun to tackle Chuck Bass, easily the most fun character (well, after Blair of course).

For the strip we wanted to aim for a newspaper strip style, so I had to streamline my style and try and give it a slick, almost 50’s vibe. I also had to pack in a bunch of storytelling into a small amount of space. Quite a challenge but I really liked how it turned out. Hopefully you will too, even if you don’t care about the show. 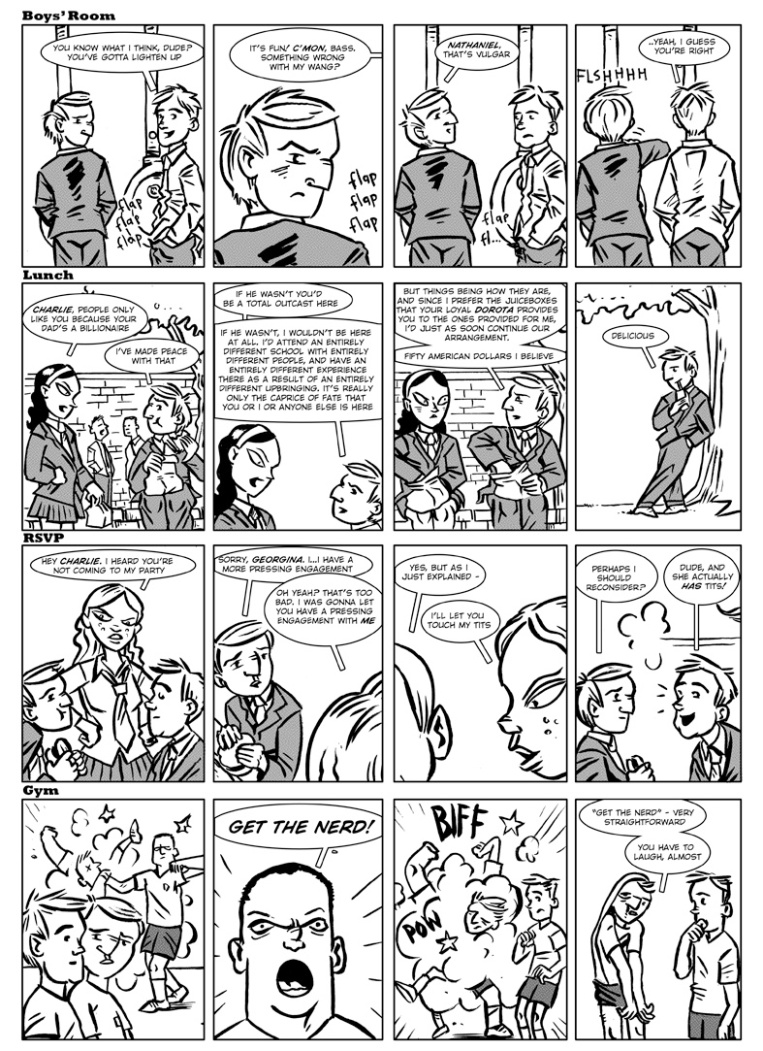 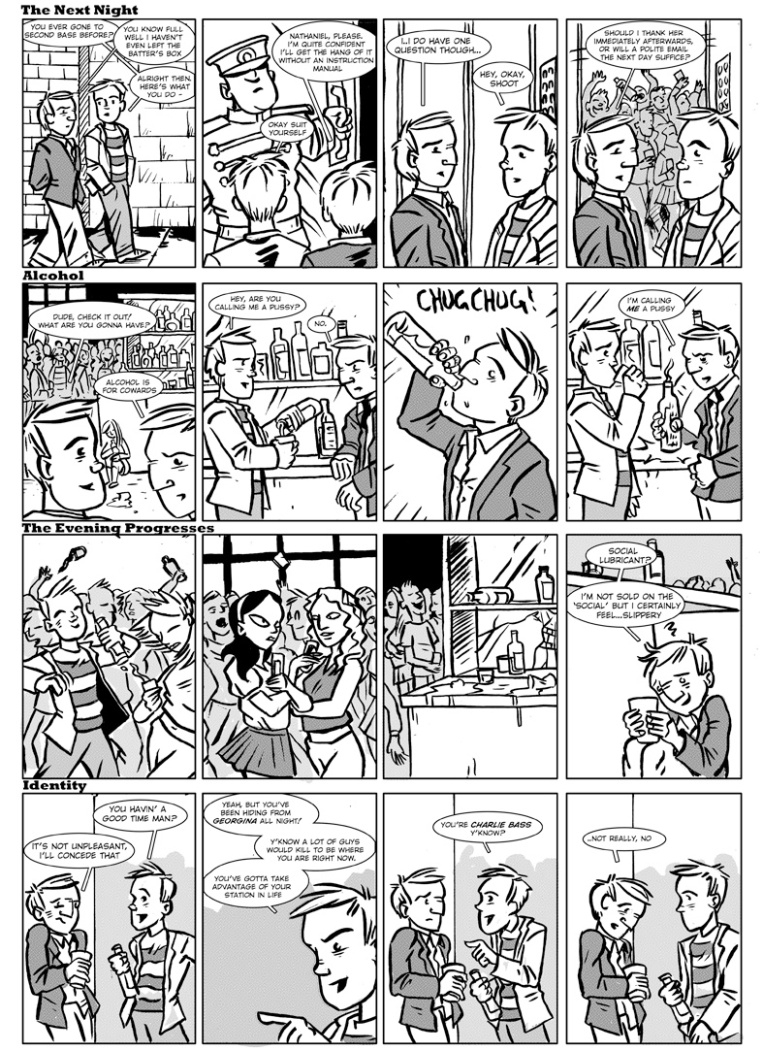 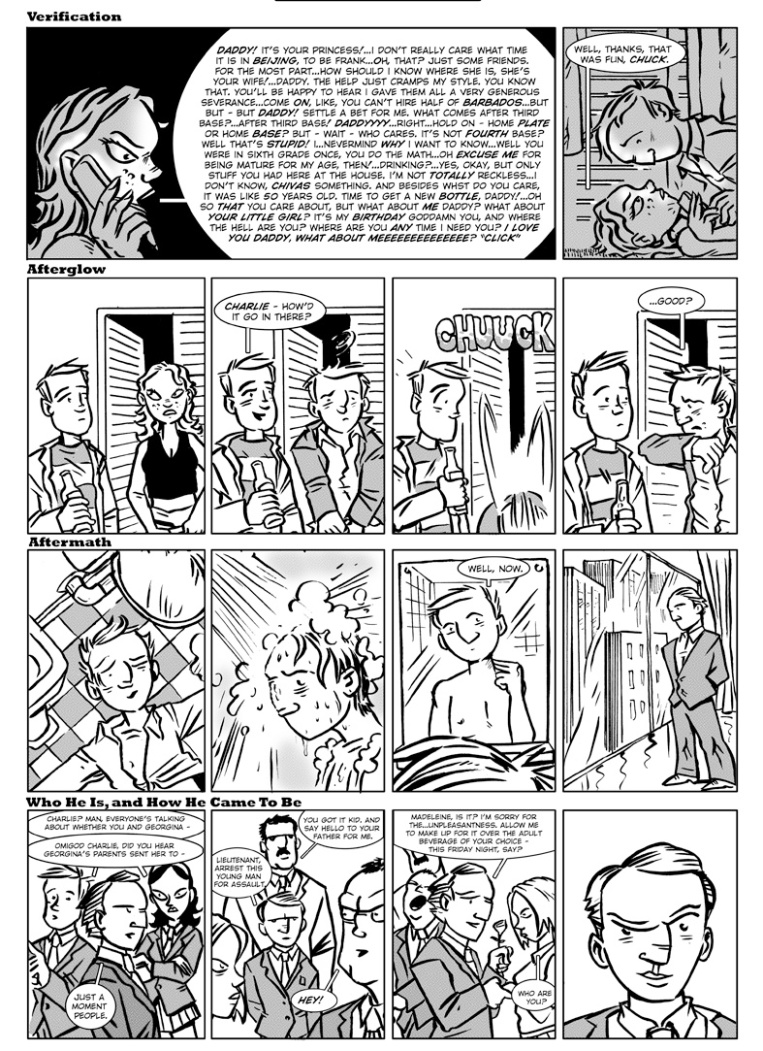